Sofa vs Couch: Is There a Difference? 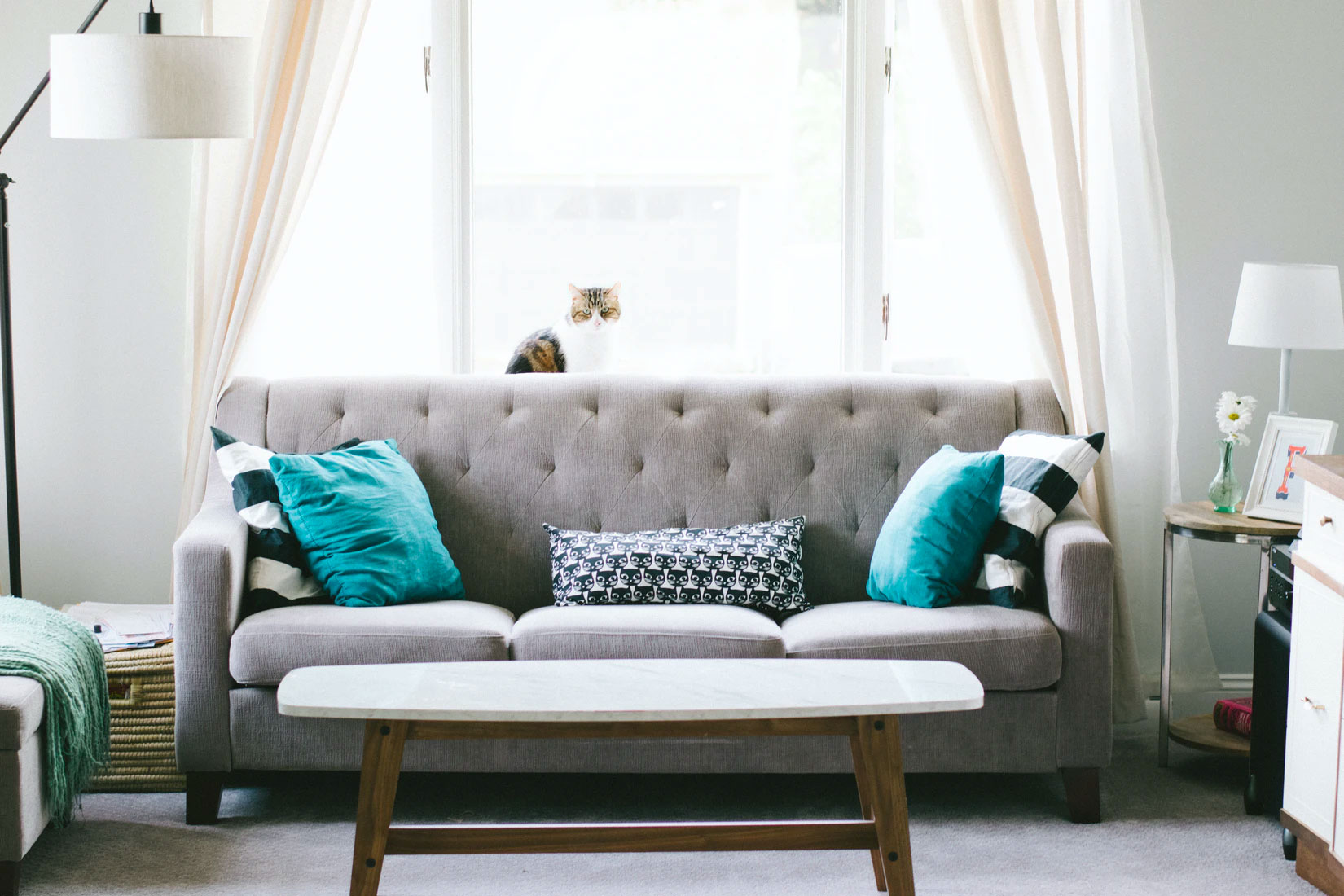 Every brand and product on Living Cozy is independently selected by our editors. We may earn a commission for things you buy.

Join 3,500+ subscribers. Sign up for our newsletter and receive the latest home brands, deals and reviews in your inbox every Friday.
Enter your email to sign up
Thank you! Your submission has been received!
Oops! Something went wrong while submitting the form.
“Are you still watching?”

We’ve all seen that notification on a lazy weekend afternoon, right? There’s nothing I love more than binge-watching a great series from the comfort of my living room sofa… Or is it a couch?

Those two words — sofa and couch — have become synonymous with each other and are used interchangeably these days. But is there actually a difference between the two?

Maybe a couch is bigger than a sofa? Or does a sofa look a certain way?

We’ll be trying to figure out the answer to these types of questions in this article, and diving into the history of sofas and couches a little.

But if you want to skip right to the answer, here goes…

In short: There isn’t really a difference between the a sofa vs a couch, and any differences are extremely subtle. This wasn’t always the case though, and the words sofa and couch have very different origin stories…

The word sofa originates from way back in the 1620s. It seems it was first used in Turkey and was derived from the Arabic word "suffah," which means a "raised section of a floor, covered with carpets and cushions.”

The word was first used in English in 1625 when English cleric Samuel Purchas talked of a “sofa with sumptuous carpets of Gold” in his work ‘Purchas this Pilgrimage’, which was written as he traveled in Arabia.

‘Sofa’ began to creep into the culture in the 17th century as an item of furniture imported to England from France. As authors like Jane Austen and Thomas Hardy began to reference the sofa in their writing the usage of the word became a lot more widespread.

So from searching the history books (well, Google), it appears that the word ‘couch’ was originally used to describe any structure with a soft covering designed or lying or sleeping on. More like a day bed than a place to sit.

The word actually originates from the French word coucher, which means ‘to sleep’. Which again makes me feel like the original couch was a place to sleep or nap, rather than sit.

Get our free newsletter in your inbox every Friday. Join 3,500+ subscribers.
Enter your email to sign up
Thank you! Your submission has been received!
Oops! Something went wrong while submitting the form.

So sofa vs. couch: Which is correct?

You can’t really go wrong here. Today the words sofa and couch are fine to use interchangeably, and essentially mean the same thing — I’m sure no-one would misunderstand the use of either.

If I was to take anything away from this research though, I’d say that “sofa” feels a little more formal. It also tends to be used a lot more in the furniture industry that couch. For example, many online furniture brands like Burrow, Inside Weather, Swoon, and Joybird all list “sofas” on their websites, and I’ve yet to find a retailer listing a “couch.”

You could argue that historically a couch is a place for sleeping or napping, whereas a sofa is more of a place to sit and read or converse. But honestly, in the 2020s it’s not something worth worrying about. They’re really one and the same.

So there we have it. The sofa vs couch debate is over — a sofa is a couch… and, yep, a couch is a sofa. Whatever you call it, its often the center piece of a living room, and a place for relaxing, binge-watching, and sometimes the unexpected nap.

Now, back to Netflix.

On Living Cozy, you'll find advice and insights from furniture and interior design experts to help make your house a home.
Meet our contributors ↦
Newsletter

The email newsletter guaranteed to bring you the latest brands, products and tips to live you best life at home. Delivered every Friday. Join 3,500+ subscribers.
‍
Thank you! Your submission has been received!
Oops! Something went wrong while submitting the form. 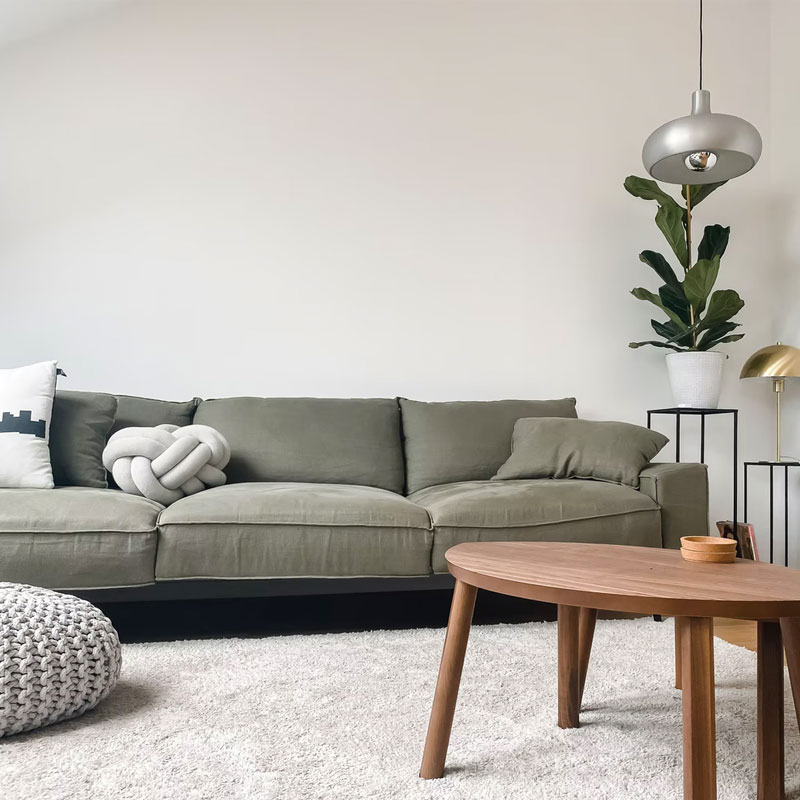 How to Measure a Sectional Sofa: The Complete Guide

Everything you need to know about how to measure a sectional sofa to make sure you find a piece that fits your home perfectly. 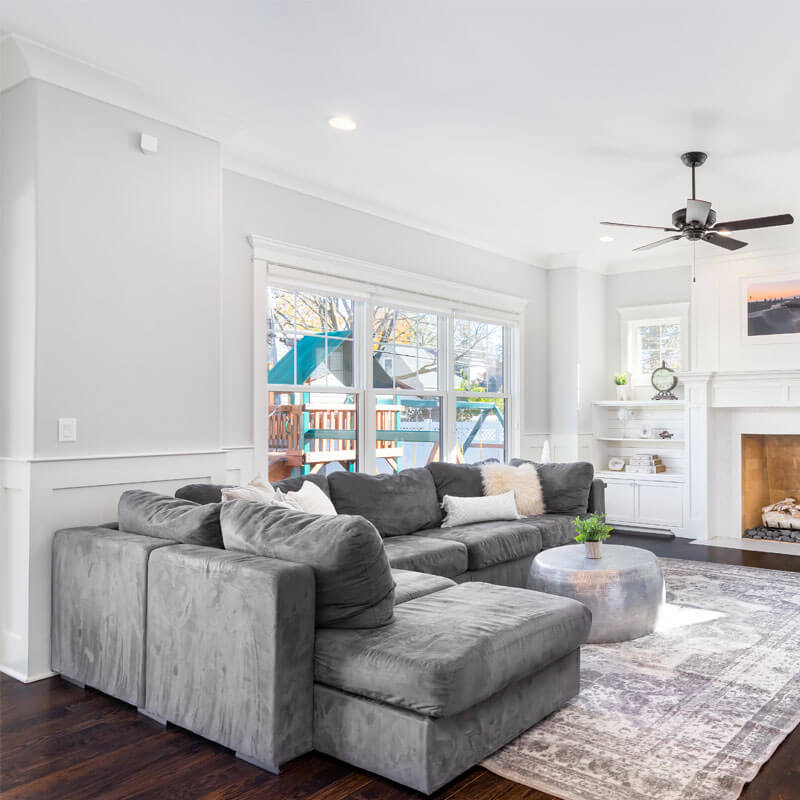 The Best Sectional Sofas for 2022, According to our Reviewers and Experts

We shipped 16 sofas to reviewers across the country and consulted expert interior designers to find the best sectionals to buy in 2022. 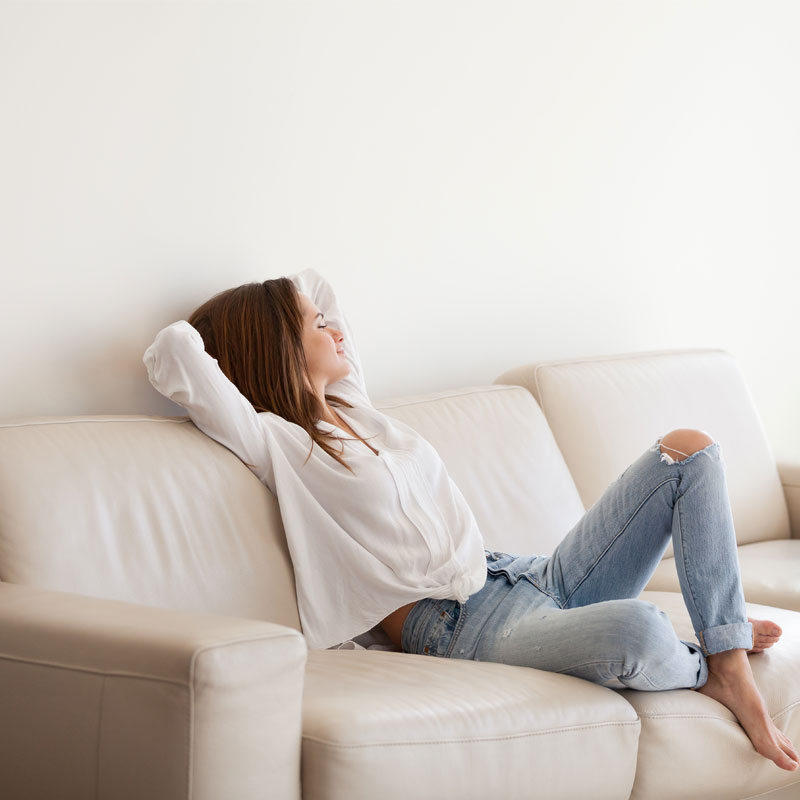 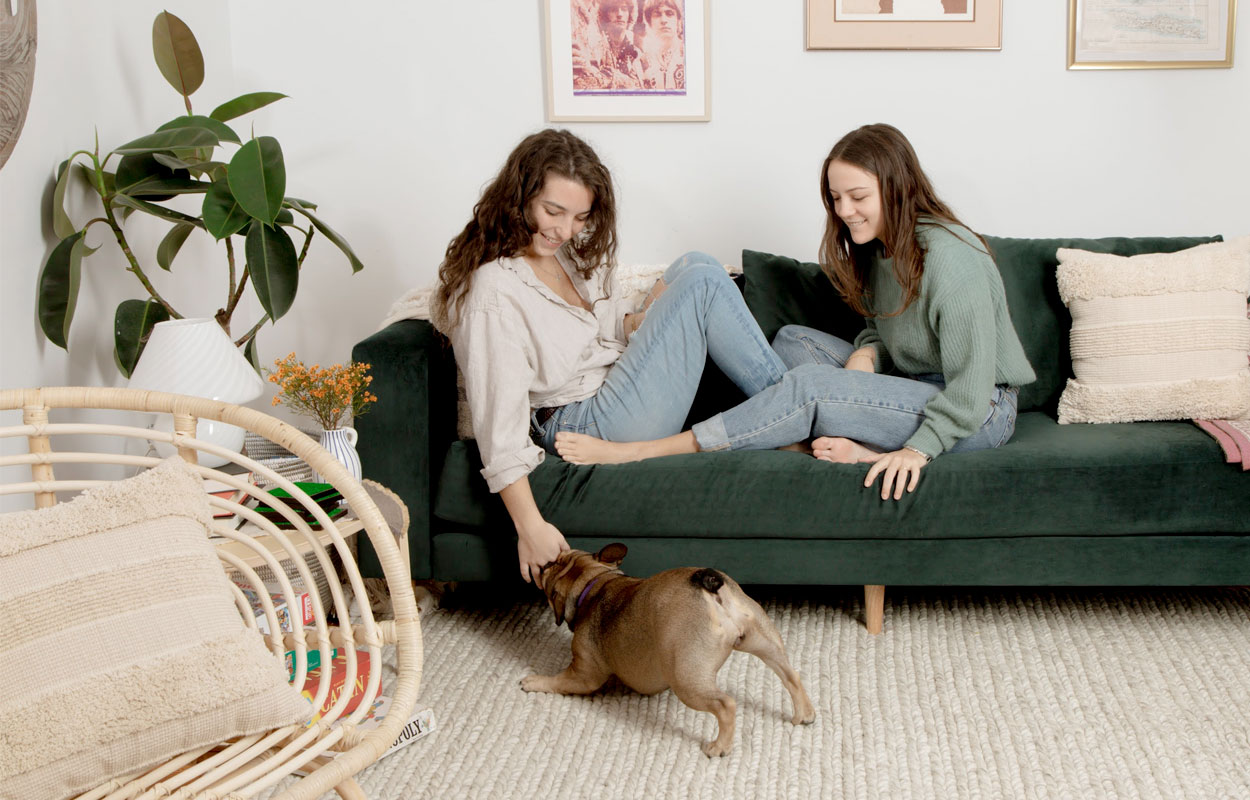 Where to Buy a Velvet Sofa: The Best Expert Picks 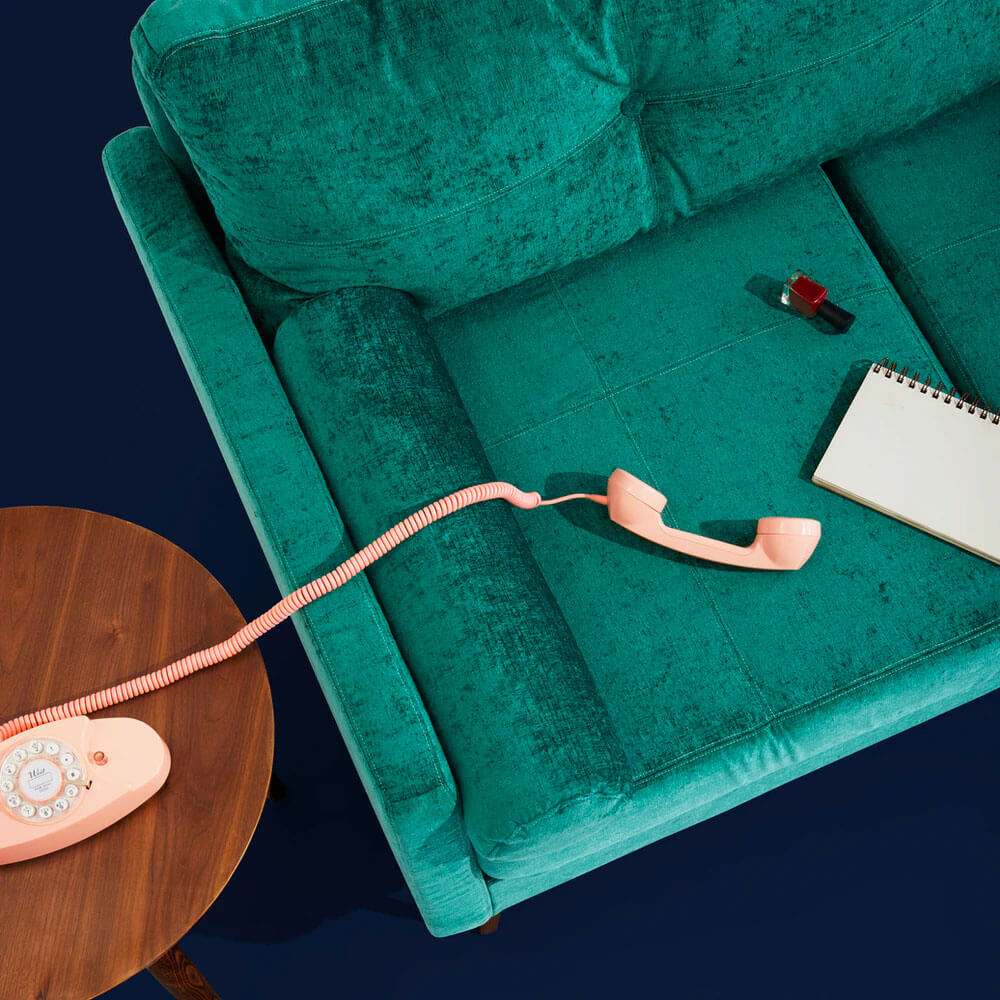 The Best Velvet Sectional Sofas to Buy in 2022 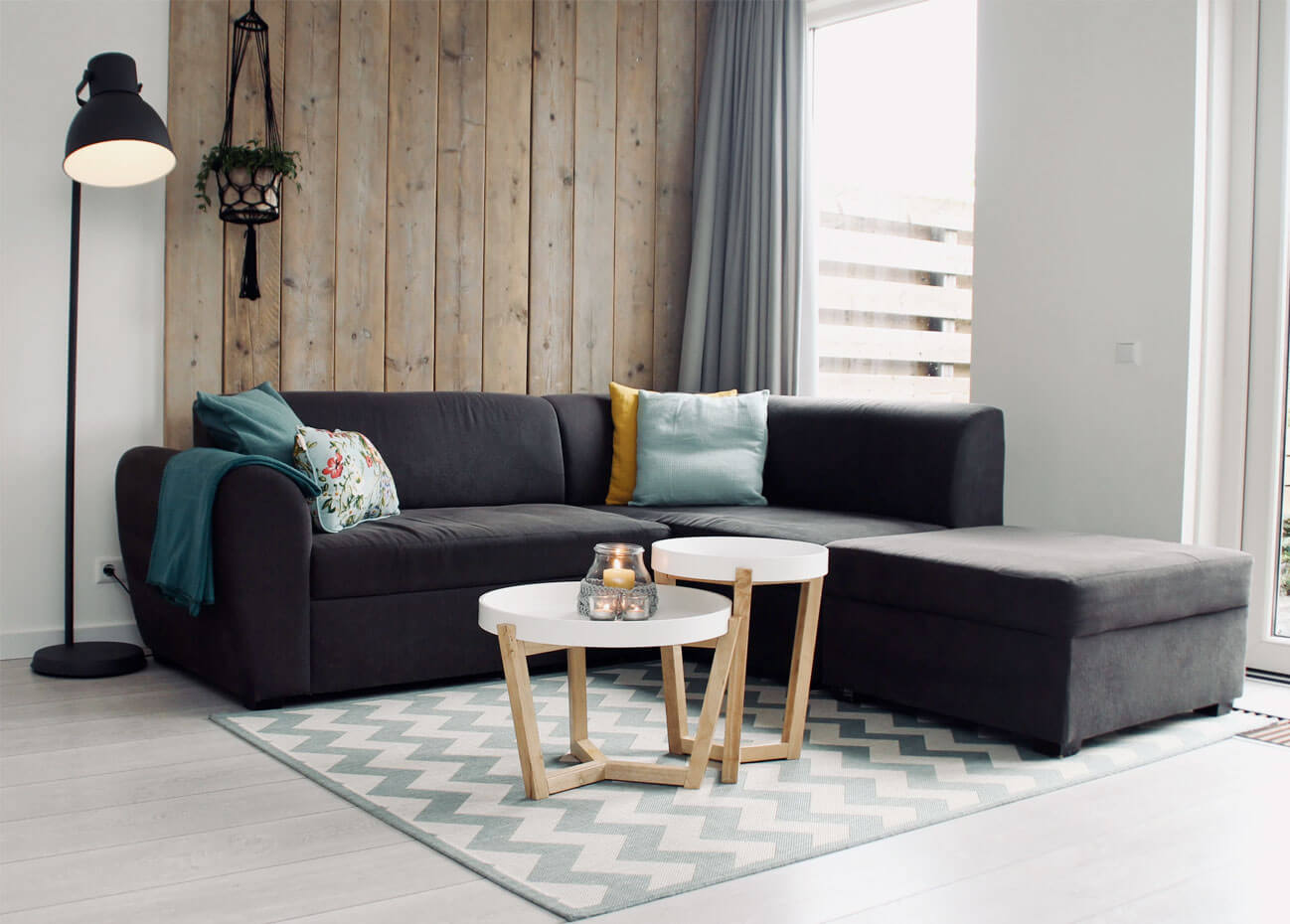 18 of the Best Modular Sofas You Can Buy in 2022, According to our Reviewers and Experts